All-new wedding dos and don’ts for the online bride.

Are you the type of person who likes to shout her good news from the mountaintops? Nowadays that mountaintop usually comes in the form of the status update, comment box, Tweet field or group page on your social networking site of choice. Although you might like to share good news when it comes to job offers or scoring that fab pair of shoes, it can cause trouble when your news is about your wedding. Here, the dos and don’ts of social networking to help you avoid any pre-wedding blunders. 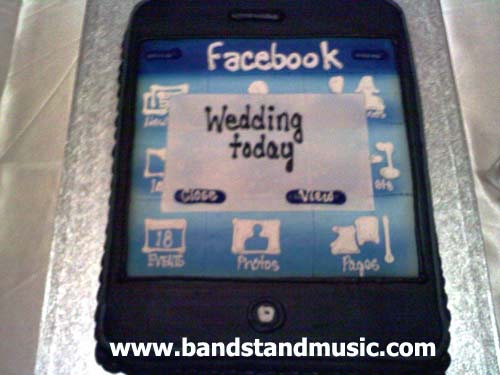 >>DO inform family members about your engagement before posting it on Facebook.

We call this rule number one in wedding netiquette! Once you’ve told your nearest and dearest in person or via phone, there’s no harm in posting pictures of the ring or even the actual proposal to share your excitement.

>>DON’T ask friends to be in the wedding party through Facebook.

An invitation to join your bridal party is a statement of how much you value a friend or family member. Rather than take away from what should be a memorable moment, give your gal pal a call. Or better yet, invite her to lunch or for drinks to pop the big question. “We are losing touch with face-to-face communication,” says etiquette expert Aimee Symington. “Being a bridesmaid is such a meaningful thing. Talk to your friends in person so that you share the moment and experience.”

>>DO make status updates requesting opinions about wedding colors, themes or other ideas.

There is nothing wrong with asking for inspiration, says Jes Gordon, a New York City wedding planner. It may even make wedding planning more fun. However, she advises brides to know when to draw the line. “It’s fine to send out a Tweet asking if Tiffany Blue is better than baby blue,” she says. “Don’t ask what you should include in your vows. That’s taking it too far.”

>>DON’T post pictures of bridesmaid dresses unless you truly don’t mind the opinions of nosy strangers.

Posting shots of bridal attire is tempting fate. According to Gordon, doing so means opening yourself to lots of unwanted “feedback.” Who needs that?

>>DO consider creating a wedding webpage as well as a page for the bridal party only.

On the wedding page you can include all sorts of useful information for your guests, such as directions, etc. On the bridal party page, include pictures, ideas, updates, schedules—whatever your attendants will need to discuss among themselves. The page should allow for the bridal party to communicate with each other.

>>DO look through friends’ wedding photo albums on Facebook for real-life inspiration.

And have your fiancé join you! It’s fun to do this together, and if he hasn’t been too interested in wedding planning until now, seeing photos of his friends’ weddings just might intrigue him enough to become more involved.

We know you’re craving that state-of-the-art kitchen gear listed on your registry, but posting a link to it on your profile may come off as tacky and childish. “Though it might sound efficient, I’m afraid it gives the appearance of soliciting gifts,” said Yifat Oren, a wedding planner in New York City. “Just remember that if someone wants to send you a gift, they’ll figure out where you’re registered.”

>>DON’T use Facebook to invite guests to the wedding.

Most people ignore invites sent via social networking sites—which is surely the last thing you want to have happen. And with so many amazing choices of invitations available at affordable price points, it makes sense to go the traditional route. However, for your save-the-dates or rehearsal dinner invitations, it’s certainly acceptable to send a convenient group message to select people on Facebook.

>>DON’T Tweet for honeymoon ideas before you and your fiancé have discussed your options together.

Sure, it’s fun to get friends’ input, but again you should know when to draw the line. Sending a Tweet to 500 followers to ask for dinner and activity suggestions for your first night as a married couple is immature. Plus, you can start to feel somewhat overwhelmed with other people’s suggestions, which after all are based on their tastes. “There is nothing wrong with asking other people whether or not Jamaica is a good place for a vacation,” says Gordon. “Tweeting for things to do during your honeymoon is carrying it too far.” And don’t even think about announcing the dates that you’ll be gone. Why should everyone know when your house will be empty?

>>DO refrain from putting a wedding ticker on your profile.

Of course, you’re wildly excited and counting down the minutes till your wedding day, but not everybody else in the world is. Putting a ticker on Facebook or constantly updating your status may not only be annoying, but hurtful to those on your friend list whom you haven’t invited.